B-stedt of Sweden AB has operated their own sewing factory in Poland since 1994.

The first years in Nowy Tomysl near Poznan with a Polish joint venture partner.

After repeated problems with this partner in 1999 the entirely own B-stedt Polska factory was founded in the town of Polanow, located in the countryside halfway between the north Polish cities of Szczecin and Gdansk. 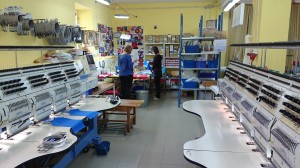 B-stedt Polska of 4000 m2 employs about 70 workers, houses raw material storage, cutting and sewing facility, as well as textile printing capacity in form of both digital and screen printing, and in-house embroidery service.
This enables the entire production to be performed in its entirety in-house. This greatly reduces subcontractor related quality problems and production delays. Both of greatest importance when producing customized alpine ski garments and uniforms. 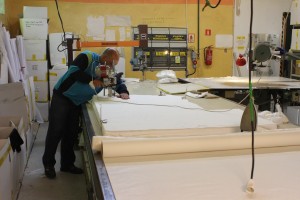 Past experience has clearly demonstrated that other factories with great difficulty can adapt to our quality standards and complex production system, that in fact is what our operation rests upon. Being able to produce small production runs, with extreme level of customizing, and almost no order minimums, is what makes us truly unique.
Our problem is that either customers don’t realize how unique this is!
Or don’t think that what we offer, can actually exist! 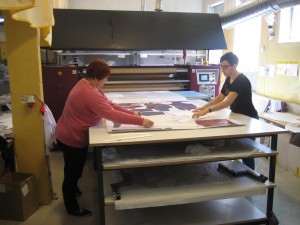 For a ski clothing brand to run their owns sewing facility is rather unique. In fact we don’t know of anybody else that does!
The reason why is that instead of being stuck with allot of workers that need to be kept busy year around, it is easier to outsource this work intensive part of the operation to independent contractors in often low-cost countries.
The over the years almost 2 million EUR we have invested in our facility, is a substantial investment, but still worth while since it gives us full control of both quality and delivery times.
Further, without our own production facility we to would have been subject to the textile industry standards of 600 pieces minimum / style orders, with maximum 6 sizes and 6 colorways. If one wants to increase the flexibility from this, it will cost extra, and often ends up at the very back of the production schedule. This is of course nothing the customers ever hear about. But they will be confronted with the late deliveries, cancelled styles, and cancelled promised re-order ability that the system causes.
Owning our own production facility makes us almost immune. Almost, because overwhelming order volume could potentially cause delivery delays in our factory as well. Being in control however also means being able to say no to orders before the situation becomes critical. As a result we have to look 15 years back in time to find the last time we had major delivery delays. This is a track record we are mighty proud of!
And when comparing apples with apples, we offer no order minimums at all, and a choice of up to 5 million possible colorways, on a majority of our styles. And an additional re-order ability for a minimum of 3 years, including multiple order deadlines / season.
That is a real team uniform program! 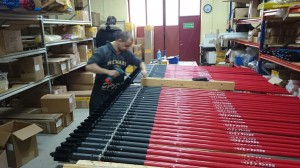 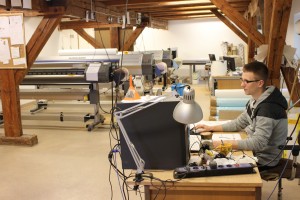 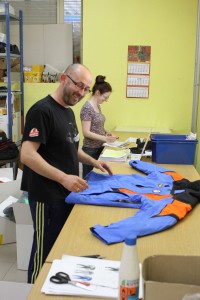 B-stedt Polska also serves as European hub, with central warehouse and assembly of US Break-A-Way slalom poles, safety netting and accessories. Some of whom are in fact, partly or completely, produced at B-stedt Polska.